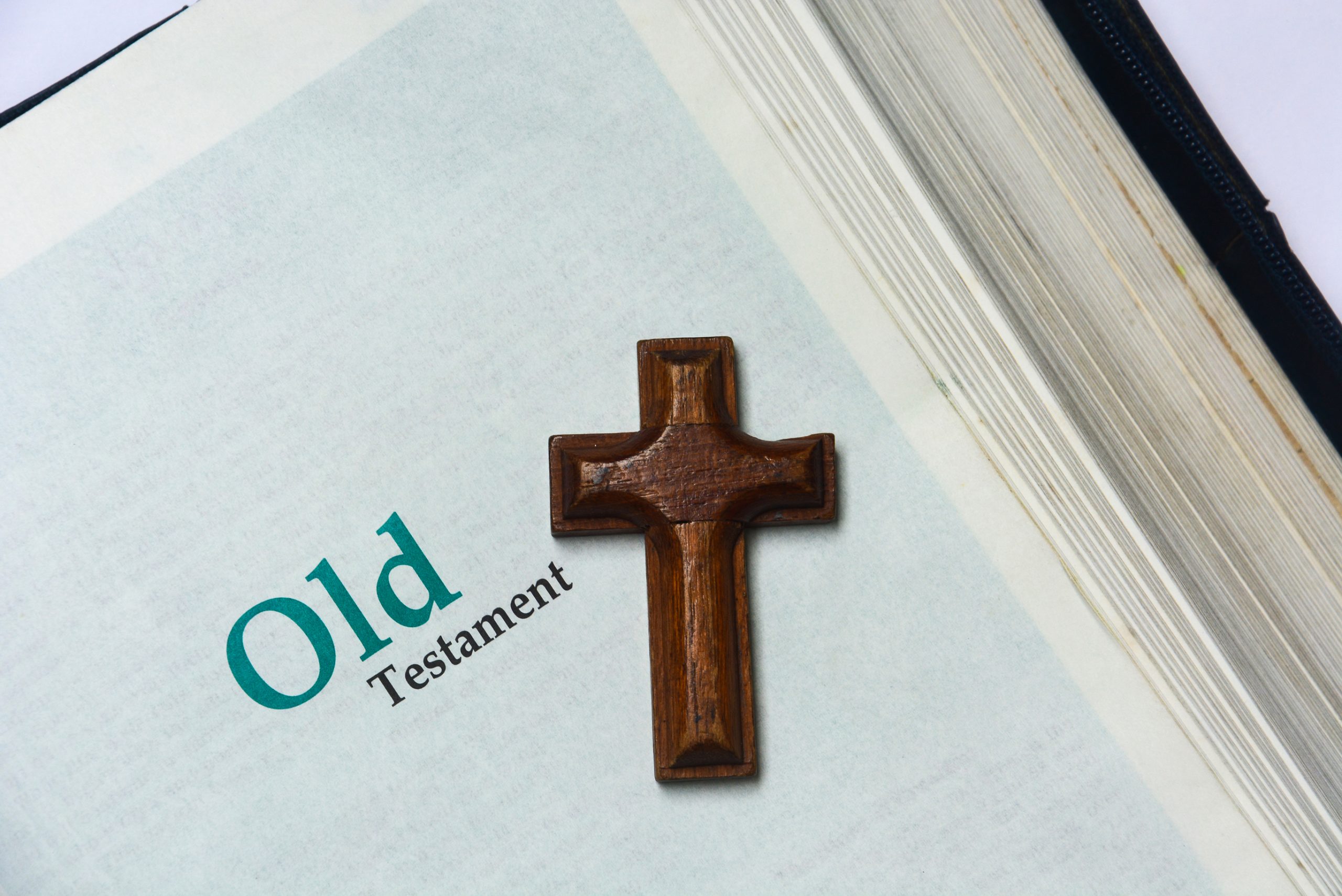 The True Identity of Jesus Christ as Jehovah

When approached with the question of “Just who is Jesus Christ?”, most Christians would simply answer, “The Son of God.” They would then likely go on to say that he was born in Bethlehem, and after living a sinless life, died on a Cross in order that our sins might be forgiven.

To those outside of the Church, Jesus is often condescendingly dismissed as being merely a great teacher, much like a Buddha or a Gandhi. To many others, Jesus was simply a good person, someone who was fabricated into being something more than just another human being.

When we take a closer and more precise examination of what the Scriptures state about the Personage of Jesus Christ however, a far more stupendous and awesome story begins to emerge. A story that goes far beyond what most of us could ever think or imagine.

For in the story of the life of Jesus according to the Biblical record, we find that Jesus existed as the 2nd Person of the Trinity, Jehovah or Yahweh, long before He became both God and man at His Incarnation in Bethlehem. In a sense, the Jehovah of the Old Testament no longer exists, for He has now become both God and Human in His Personage, and now goes by the name of Jesus Christ.

Two of the biggest misconceptions in the Christian Church are the facts that God the Father was not the actual Creator of the Universe, nor was He the member of the Trinity who was typically openly dealing with the Nation of Israel in the Old Testament. Most of God’s dealings with mankind in the Old Testament narrative were in fact actions performed by the Pre-Incarnate Jesus Christ who was then known as Jehovah or Yahweh. In addition to this, in all instances of the Old Testament record where we are told that God visibly appeared to man, whether it was to Adam and Eve, Noah, Abraham, Moses, and/or a host of others, these appearances were indeed manifestations of Jehovah (Jesus). For Scripture tells us that no man has seen God (the Father), at any time (I John 4:12).

While Jehovah is also referred to by numerous other names in the Old Testament (The God of Abraham, the Angel of the Lord, I Am, etc.), one His alternate names is of special significance, that being, “The Ancient of Days”.

The Ancient of Days

While it is common for human beings to naturally associate the name of Ancient of Days with God the Father, as the name itself is suggestive of an aged Paternal Personage or Fatherly Figure, when we carefully examine the Word of God, a different reality comes into focus.

There are only 3 specific instances in Scripture where “God” is referred to as being the “Ancient of Days”. All are found recorded within the Book of Daniel. When we examine these occurrences, an interesting conundrum appears. For in the 1st and 3rd Scriptural references to the Ancient of Days (Daniel 7:9 and Daniel 7:22), we see God’s Word strongly alluding to the 2nd Person of the Trinity, Jehovah, now more properly known as Jesus Christ. In the second Scriptural reference to the Ancient of Days (Daniel 7:13) however, we find what seems to be a clear reference to God the Father. This seemingly creates an apparent contradiction within the Word of God.

In the first mention of the Ancient of Days in the Book of Daniel we read:

“I beheld till the thrones were cast down, and the Ancient of days did sit, whose garment

was white as snow, and the hair of his head like the pure wool: his throne was like the fiery

flame, and his wheels as burning fire.

A fiery stream issued and came forth from before him: thousand thousands ministered

It has been said that the end time prophetic Book of Daniel in the Old Testament is a close companion to the prophetic Book of Revelation written by John in the New Testament. In Revelation 5:11 we find that the member of the Godhead who is sitting on the throne surrounded by “ten thousand times ten thousand and thousands of thousands” is none other than the 2nd Person of the Trinity, the Lamb of God, Jesus Christ:

“And I beheld, and I heard the voice of many angels round about the throne and the

Saying with a loud voice, Worthy is the Lamb that was slain to receive power,

and riches, and wisdom, and strength, and honor, and glory, and blessing.

are in the sea, and all that are in them, heard I saying, Blessing, and honour, and glory, and

power, be unto him that sitteth upon the throne, and unto the Lamb for ever and ever.”

“I saw in the night visions, and behold, one like the Son of man came with the clouds of

heaven, and came to the Ancient of Days, and they brought him near before him.”

“I beheld, and the same horn made war with the saints, and prevailed against them;

Until the Ancient of Days came, and judgment was given to the saints of the most High;

and the time came that the saints possessed the kingdom.” Daniel 7: 21,22

Here we once again find an obvious reference to Jesus at His physical Second Coming back to the earth at the end of the Tribulation Period.

To this we must ask ourselves two questions:

Perhaps the answer to this dilemma can be found in the fact that the Trinitarian God foreknew that mankind would have a difficult time associating Jesus, who was born into this world, as being the same Person as Jehovah, the God of the Old Testament record. Therefore, to dispel all doubts as to the eternal Divinity of Jesus Christ, He is referred to in the Book of Daniel not once, but twice as being the Ancient of Days, while God the Father is given the title on only one occasion.

Whatever the ultimate truth may be in the matter, this apparent confusion just might possibly be the Trinitarian Godhead’s way of informing the careful student of His Word, that one should totally dismiss the notion that God the Father somehow pre-existed before God the Son.

Just as the failure to recognize Jesus as being one and the same as Jehovah in the Old Testament hampered believers in recognizing Jesus as being the Person of the Godhead actively dealing with the Nation of Israel in Old Testament times, so too has the Church at large failed to recognize the fact that it was Jesus/Jehovah who was the member of the Godhead responsible for the actual Creation of the physical Universe. Sadly, this blindness has largely been propagated by the well-intentioned yet misguided “Apostle’s Creed”. For within the Apostle’s Creed, we find the heretical statement attributing the work of Creation to God the Father, “I believe in God the Father Almighty, maker of heaven and earth.”

The Apostle’s Creed is a prime example of Jesus’ admonition for believers to be wary of the teachings of men. For when we treat the edicts of men as if they were on the same level as Biblical Doctrine, we run the risk of not only having our hearts being far from the Heart of the Lord, but also of having our worship of Him considered as being vanity in the eyes of God:

“Ye hypoctrites, well did Esaias prophecy of you, saying,

lips; but their heart is far from me.

But in vain they do worship me, teaching for doctrines the commandments of men.”

In that Scripture states on numerous occasions that it was indeed the 2nd Person of the Trinity Jesus Christ who was the actual Creator of the Universe (John 1:3,10, Ephesians 3:9, Colossians 1:16, Hebrews 1:2), we should be wary of all man-made declarations of faith and creeds found within the Church. For these edicts are often not in strict compliance to the Word of God, and can serve to not only blind believers to the wonderful truths to be found in God’s Word, but as Jesus declared, “to also put a distance between the heart of the believer and the heart of God”.

The New Heavens and Earth

Another interesting aspect of the physical Universe which Jesus created is the fact that it will not exist eternally in its present form. For at the close of the Millennial Kingdom, when God shall have put down man’s final rebellion and salvation’s history will be complete, Scripture tells us that God will create a new heavens and earth, as the former heavens and earth and their association with sin will have been burned up with a fervent heat:

“But the day of the Lord will come as a thief in the night; in the which the heavens

shall pass away, with a great noise, and the elements shall melt with fervent heat, the

earth also and the works that are therein shall be burned up.” II Peter 3:10

In the Book of Revelation, we are given an account of the new heavens and earth. It is of great interest to note that in the new earth, that there shall no longer be a sea.

were passed away; and there was no more sea.” Revelation 21:1

This of course begs the question, “Why does the sea no longer exist in God’s new earth?”  The answer to this question is likely found in the fact that in the first earth, the sea was associated with both death and judgment, as is evidenced by the Flood, and Pharaoh’s Army being buried beneath the sea. This of course points to the fact that in the eternal state, believers will never again have to face either judgment or death.

Another great comfort for the believer regarding the absence of the sea in eternity is the fact that in the first earth, the steps and ways of God were hidden from mankind, as they are said to emanate from a place from outside of man’s domain, that being the sea. In the Psalms we read:

“Thy way is in the sea, and thy path in the great waters, and thy footsteps are not

While God is perfectly aware of the ways and the steps of mankind (“For the ways of man are before the eyes of the Lord, and he pondereth all his goings” Proverbs 5:21), the ways and steps of God are hidden from man, occurring symbolically within the depths of the sea. We find this relationship between God’s steps and the sea not only in the Book of Psalms, but also in the Books of Job and Habakkuk:

“Hast thou entered into the springs of the sea? Or hast thou walked in the search

Perhaps the most wonderful aspect of eternity in the new heavens and sea-less earth is the fact that in eternity, not only will there no longer be any need for either death or for judgment, but God’s ways and steps will no longer be hidden from man. Our fellowship with Him will be totally open, and in no way hidden or mysterious.

The Apostle Paul confirms this truth in his first letter to the Church at Corinth:

“For now we see through a glass, darkly; but then face to face: now I know in part;

but then shall I know even as also I am known.” I Corinthians 13:12

While in this present age, God’s ways are “past finding out” (Romans 11:33), in the eternal state, His ways and steps will no longer be hidden from man. Our fellowship with Him will be perfect and complete, forever negating the necessity of the physical seas.

To read more on the wonders of the true identity of Jesus Christ as Creator, click on the link below.

To read more on the wonders of the true identity of Jesus Christ, read Chapter 9 in Paradigms Tossed